The Definition of Metis

In 1985 the Metis were entrenched in Canada’s Constitution as one of the three distinct Aboriginal groups in Canada. “The Canadian Constitution recognizes three groups of Aboriginal people: First Nations, Métis and Inuit. These are three distinct peoples with unique histories, languages, cultural practices and spiritual beliefs.” – Aboriginal Affairs and Northern Development Canada.

There are many Metis communities and organizations in Canada who represent the Metis people in Canada and have their own definitions. However there are many different definitions of Metis and they are as varied as the Canadian landscape itself! Each province across Canada including Quebec, the eastern provinces, Labrador and Newfoundland each have there own representative bodies with their own definitions. There is also pertinent information that can be found at Aboriginal Affairs and Northern Development Canada website.

We hope this information has given you a little more insight into the Metis people and their ever growing population and presence in Canada.

About the Métis Flag

There are two flags that have been adopted by the Metis people. They originate from the fur trade. One is red with a white infinity symbol and the other is blue with a white infinity symbol. The red flag represents the colours of the Hudson’s Bay Company, while the blue represents the North West Company. The horizontal figure eight is an infinity sign, which symbolizes the joining of two cultures as they are forever intertwined. The infinity symbol has also emerged in the traditional dances of the Métis. Today the representative Metis organizations in Canada fly the two flags. The red flag is also called the ‘hunting’ flag. You will see these flags being flown at special Metis events and gatherings. 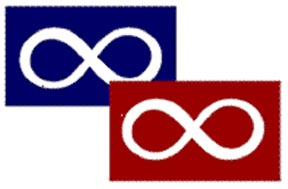 The Métis Sash apparel had many more functional uses. Its fringed ends served as an emergency sewing kit when the Métis were out on the buffalo hunt. A key, which opened a trunk containing all their valuable possessions, was sometimes tied to the fringes. The Métis Sash also served as a first aid kit, a washcloth, towel, and an emergency bridle and saddle blanket when the Métis were out on a hunt. The sash acquired new significance in the 20th century, and now is a symbol of pride and identification for the Métis people and their culture in Canada. 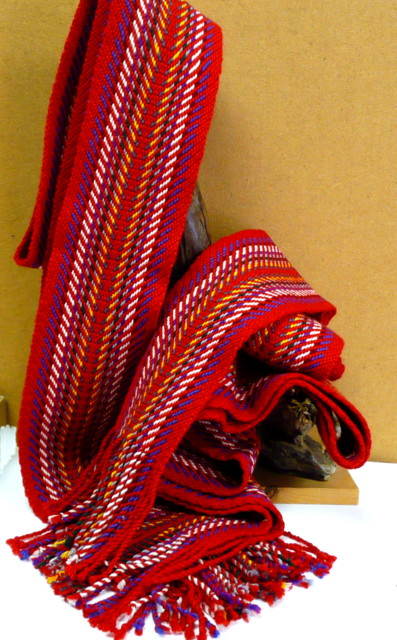